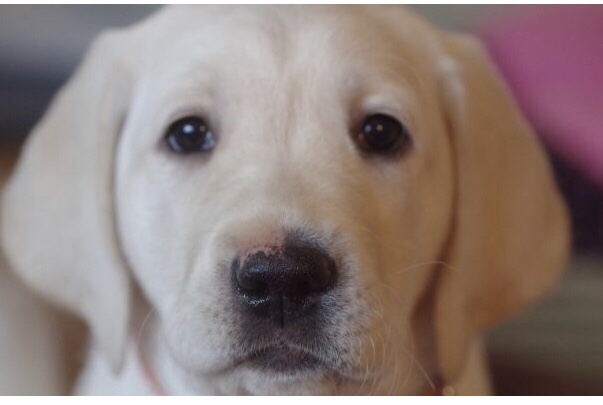 Liam when he was just a puppy!

Linus makes a great companion and helper for his boy! 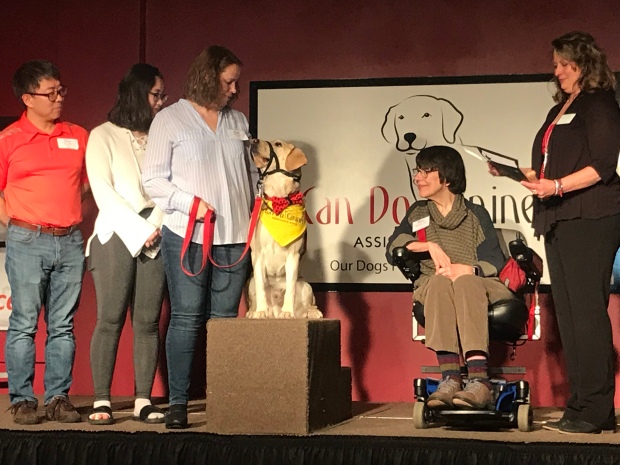 Liam was checking in on his long term foster family for his next directions!

Today was graduation for 16 humans and their heroes, and while I have so many thoughts racing through my mind I find myself returning to the same thoughts over and over again. Why does it never get old to see people reduced to tears over the love of a dog?  Why are we so lucky to understand the bond that exists, and will it ever get easier to say goodbye to someone you’ve loved, trained and shared so many experiences with?

I’m great at asking questions, but sometimes the answers aren’t as easy to find.  What I do know is that many people volunteer for assistance dog organizations because avoiding the hurt of saying goodbye isn’t a good excuse for not stepping up to help in the first place. Volunteers help out organizations because their heart wouldn’t be complete if they didn’t-and sometimes that requires a bit of love, loss and saying goodbye along the way.

I thought today would be easier.  I didn’t have a long term foster graduating. I wasn’t a puppy raiser for any of the dogs graduating.  I was there today as a breeding foster/whelping home, and two of the puppies I had whelped from the L litter were graduating, so I was pretty confident that today was going to be smooth sailing for me.  I woke up this morning with a bit of emotion I wasn’t expecting, but I couldn’t quite explain why.  Originally, the puppies from this litter had started with a little bit more fanfare as they were being filmed for some footage that might be used at a later date for a project.  Then it dawned on me that as the puppies graduate, it marks the passage of time and the changing of circumstances from what I had known to what lies ahead-the unknown.

Watching the pups reunite with their long term fosters was so heartwarming! Their excited tails and licks were greetings that the volunteers longingly wait for after turning the dogs in for final training. Everyone is so excited I think they forget for a moment that today is also the day they say goodbye once again.

I watched with pride as the pups of my heart went up on stage and greeted their human heroes, led by the volunteers who represented a few of the MANY hands that go into the raising, loving, and training of an assistance dog. People think maybe 1, 2, 5, 10 people touch the lives of these pups of purpose, but that is oh so low of a guess! Trying to count the hands that help bring these pups across the stage is endless-and each one who has a part in the success of the pups feels their heart beat a little differently after graduation is complete. Graduation is a ceremony; but it represents a JOURNEY.

And when the graduation was almost complete, and I was breathing a sigh of relief that I made it through without too many tears falling down my cheeks, we were told there was a video and a letter from an inmate handler who had helped raise one of the puppies from my L litter.  I wasn’t sure what was going to be said about the prison program, but what followed was a heartfelt letter from one of Liam’s handlers that talked about the journey he encountered while raising Liam in prison.  The prison programs are an integral part of the puppy raising journey and the dogs learn incredible skills while there.  I always love to hear how the dog programs in prisons are helping the inmate handlers to become a better version of themselves.  The letter was so genuine that I think it took the audience by surprise; and there was barely a dry eye in the place!

These dogs change lives without a doubt.  It’s staggering to think of exactly how many lives they change along the way.  Congratulations to everyone that gets to celebrate the success of these incredible dogs and partnerships!

I wasn’t able to put the video of the letter being read due to it’s long length, but hopefully, you can find it on the Life of Sugar Facebook page at: https://www.facebook.com/lifeofsugardog/